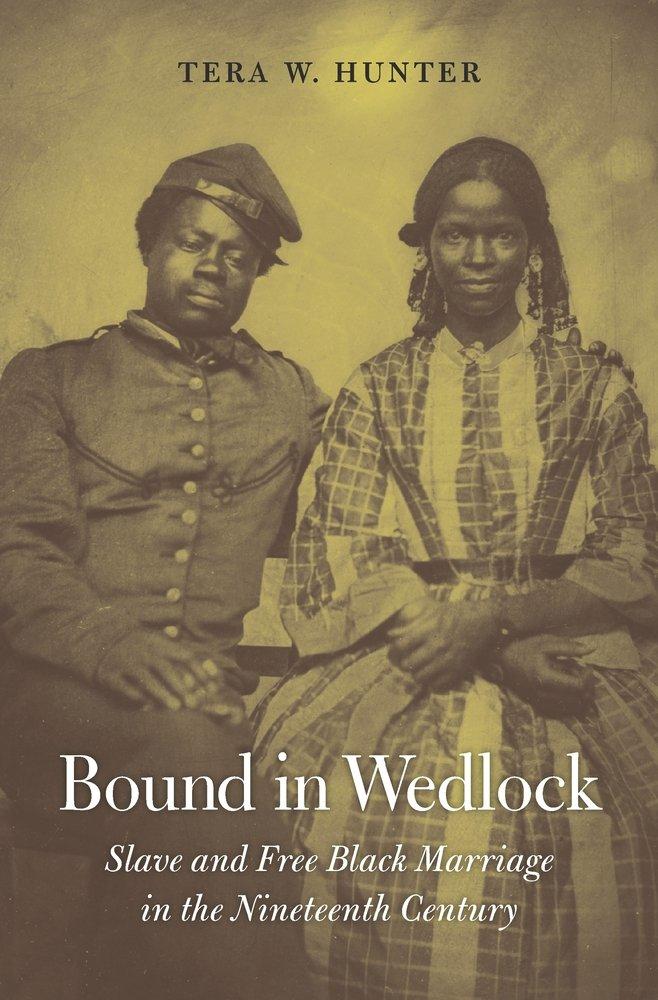 Bound in Wedlock: Slave and Free Black Marriage in the Nineteenth Century

Americans have long viewed marriage between a white man and a white woman as a sacred union. But marriages between African Americans have seldom been treated with the same reverence. This discriminatory legacy traces back to centuries of slavery, when the overwhelming majority of black married couples were bound in servitude as well as wedlock. Though their unions were not legally recognized, slaves commonly married, fully aware that their marital bonds would be sustained or nullified according to the whims of white masters.

Bound in Wedlock is the first comprehensive history of African American marriage in the nineteenth century. Uncovering the experiences of African American spouses in plantation records, legal and court documents, and pension files, Tera W. Hunter reveals the myriad ways couples adopted, adapted, revised, and rejected white Christian ideas of marriage. Setting their own standards for conjugal relationships, enslaved husbands and wives were creative and, of necessity, practical in starting and supporting families under conditions of uncertainty and cruelty.

After emancipation, white racism continued to menace black marriages. Laws passed during Reconstruction, ostensibly to secure the civil rights of newly freed African American citizens, were often coercive and repressive. Informal antebellum traditions of marriage were criminalized, and the new legal regime became a convenient tool for plantation owners to discipline agricultural workers. Recognition of the right of African Americans to enter into wedlock on terms equal to whites would remain a struggle into the Jim Crow era, and its legacy would resonate well into the twentieth century.